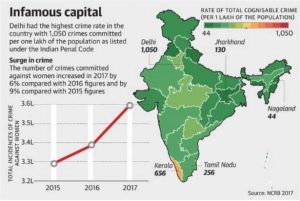 National Crime Records Bureau has released the annual “Crime in India Report 2017”. The report has been released after a delay of 2 years.

Key findings of the report are: