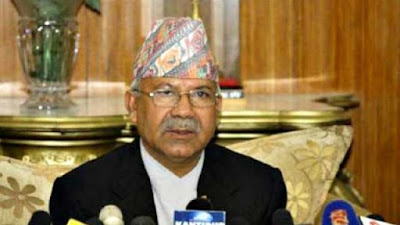 Nepal has  banned its citizens from working in strife-torn Afghanistan, Iraq, Syria and Libya. The decision was made at a cabinet meet after 13 Nepali security guards were killed in a Taliban suicide bombing in Kabul. Nepali nationals killed in Afghanistan were employed as security guards in the Canadian embassy in Kabul. They were killed when militants exploded a bomb in a minibus.

It decided to suspend issuing labour permits to Nepalese nationals in four conflict-hit countries, namely Afghanistan, Iraq, Syria and Libya. It also decided to hold diplomatic talks with the Afghanistan government in order to guarantee the security and safety of the Nepalese in Afghanistan and also to provide necessary support for those willing to return home. It will provide 10 lakh Nepalese Rupee as compensation to families of the victims. It has also made arrangements for the treatment of those injured in the attack by Taliban. It also decided to ask the Canadian government to provide compensation to the families of the dead.

So let’s do:
1. Name the country, which has  banned citizens from working in Afghanistan, Iraq, Syria and Libya?