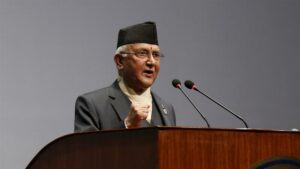 Nepal successfully launched its first satellite NepaliSat-1 into space. The satellite developed by the Nepalese scientists was launched from Virginia in the United States. It is a low orbit satellite which will be in the 400-km distance from the Earth’s surface.

Two Nepali scientists, Aabhas Maskey and Hariram Shrestha who are currently studying at Japanese Kyushu Institute of Technology, developed the satellite under the BIRDS project of their institute.