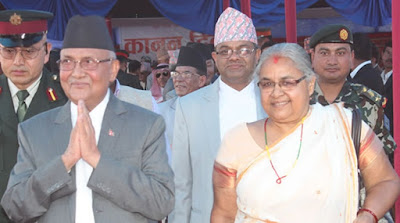 Justice Sushila Karki  took charge as the first woman chief justice of Nepal’s Supreme Court, after her name was endorsed by a parliamentary panel. The 64-year-old was administered the oath of office and secrecy by President Bidhya Devi Bhandari at Sheetal Niwas, the official residence of the head of the state. With Karki’s appointment, Nepal has three women in prominent positions.
In 1972 she completed a Bachelor of Arts (BA) degree from the Mahendra Morang Campus, Biratnagar. In 1975 Ms. Karki got Masters Degree in Political Science from Banaras Hindu University, Varanasi, India. She also got her Bachelor’s degree in Law from Tribhuvan University in Nepal in 1978.

So let’s do:
1. Name the person, who has take charge as the first woman chief justice of Nepal’s Supreme Court?