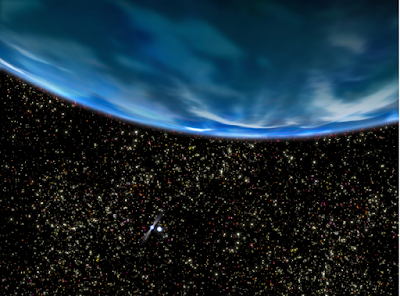 Scientists have discovered a Jupiter-like planet, Kepler-1647b (part of the Kepler-1647 system), orbiting a system of two stars, making it the largest such cosmic body ever found. The planet Kepler-1647b, located in the constellation Cygnus, was discovered by astronomers from NASA’s Goddard Space Flight Centre and San Diego State University (SDSU) in the US.

According to Researchers, the Kepler-1647 is 3700 light-years away and about 4.4 billion years old, roughly the same age as the Earth. The planet was discovered by using NASA’s Kepler Space Telescope, an instrument launched in 2009 to look for potentially habitable planets beyond our solar system. The stars are similar to the Sun, with one slightly larger than our home star and the other slightly smaller.

So let’s do:
1. Expand the terms SDSU and NASA?
2. Name the New Jupiter-like planet, which has discovered by using NASA’s Kepler Space Telescope?