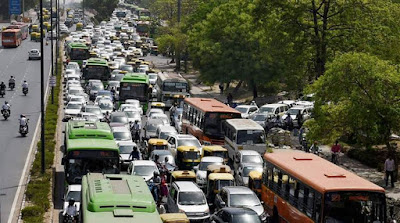 The National Green Tribunal (NGT) gave immediate orders to ban diesel vehicles which are more than 10 years old in Delhi to deal with pollution in the national capital. The Regional Transport Office, Delhi was asked to cancel the registration of all diesel vehicles that are older than 10.
The green court also ordered the Delhi regional transport office (RTO) to give the city traffic police a list of vehicles that have to be deregistered. NGT said that RTO should inform the police about such vehicles for further course of action. After de-registration, the RTO will issue public notice in this regard and supply the list of such vehicles to Delhi Traffic Police which will take appropriate steps in consonance with directions of tribunal. A bench headed by NGT Chairperson Justice Swatanter Kumar said, “”We hereby direct RTO, Delhi to deregister all diesel vehicles which are more than 10 years old.”

So let’s do:
1. Name the state, Which has orders to ban diesel vehicles which are more than 10 years old?