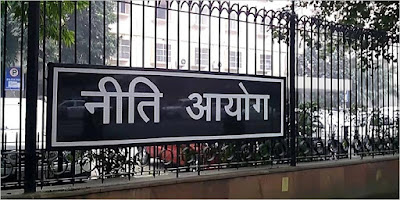 Furthering the agenda for cooperative federalism, NITI Aayog has launched SATH, a program providing ‘Sustainable Action for Transforming Human Capital’ with the State Governments. The vision of the program is to initiate transformation in the education and health sectors. The program addresses the need expressed by many states for technical support from NITI.


NITI Aayog invited all States and Union Territories for the three-stage selection process out of which 16 responded. Five States were shortlisted post project presentation by 14 States. Subsequently, three States will be selected through further assessments. SATH programme will be implemented by NITI Aayog along with global consultancy McKinsey & Company and IPE Global consortium in the three selected States after the signing of MoUs.
Static Takeaways from above News-
Source- The Hindu Business Line