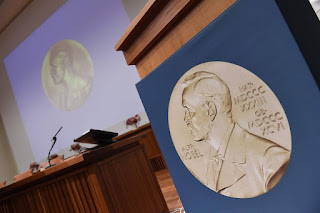 Two U.S-based economists, Oliver Hart (U.K) of Harvard University and Bengt Holmstrom (Finland) of MIT have been awarded the ‘Sveriges Riksbank Prize in Economic Sciences in Memory of Alfred Nobel’ for their contributions to contract theory. Last year Nobel prize in Economics was awarded to Angus Deaton “for his analysis of consumption, poverty, and welfare”.

So let’s discuss some questions related to this post:
Q1. Who has won the 2016 Nobel Prize in Economics?
Q2. For what work two U.S-based economists Oliver Hart of Harvard, and MIT’s Bengt Holmstrom have been awarded the Nobel Economics Prize 2016?