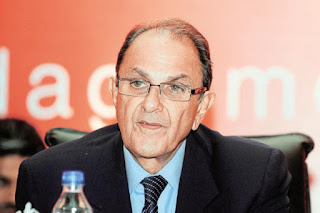 Shareholders of Tata Chemicals have voted out Nusli Wadia as an independent director of the company with 75.67 % votes going in favour of a resolution moved by Tata Sons to remove him. According to a regulatory filing by Tata Chemicals, out of the total of 25.48 crore shares of the company, 14.91 crore shares were voted. Out of this, 11.28 crore were in favour of the resolution to remove him.
Source – The Hindu
×