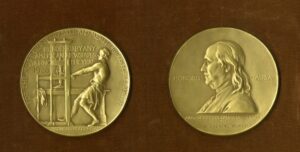 The New York Times and The Wall Street Journal were awarded Pulitzer Prizes for their separate investigations of President Donald Trump and his family. The Times won the prestigious journalism award for a probe of the Trump family’s finances that debunked his claims of self-made wealth and revealed a business empire riddled with tax dodges.