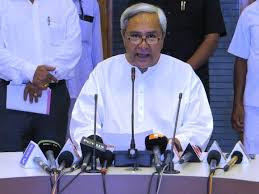 The Odisha government has decided to create 500 more gram panchayats in addition to the existing 6,234 ahead of the panchayat elections due in February next year. Earlier on May 6, the State Cabinet had approved amendment of Odisha Gram Panchayat Act, 1964, to create more panchayats.
The panchayats having more than 10,000 population will be bifurcated in line with the poll manifesto of Biju Janata Dal (BJD) to create smaller panchayats and Reservation of panchayats will now be decided after one term instead of the provision of two terms earlier. Besides, it was decided that no-confidence motion in a panchayat cannot be moved against a  sarpanch before two and a half years instead of the existing provision of two years.

A proposal to set up a health university also received cabinet nod. All medical colleges of the state will function under the new health university which will have its headquarters in the capital city. Counseling, registration, administration and internal examinations will be managed by the new university.

So let’s do:
1. Who is the Chief minister of Odisha ?
2. Name the state, Which has decided to create 500 more gram panchayats ?