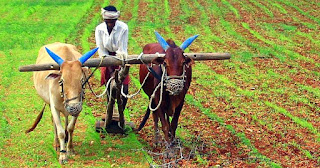 Odisha government has released about 365 crore rupees for the rain-hit farmers in 19 districts of the State. The fund was released from the State Disaster Relief Fund to be distributed as agriculture input subsidy among farmers who sustained crop loss due to unseasonal rain during the third week of this month (November).
Nearly four lakh hectares of agricultural land in 14720 villages were affected by unseasonal rain. Special Relief Commissioner B P Sethi stated that the farmers would get input subsidy for maximum two hectares.