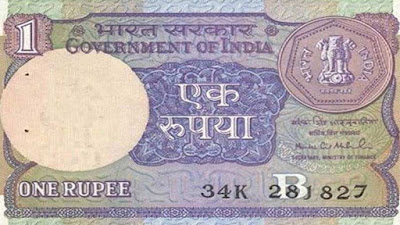 This smallest paper denomination note from India has traveled through a glorious historical journey all over the world since it was issued for the public. As the argument over the government’s decision to scrap high-value currency notes is still raging, our one rupee note has completed a century! The first one rupee note was printed in India on November 30, 1917, with the photo of King George V. This was the time when India was under the British rule.
The origin of the 1 Rupee note lies in the World War I where the inability to mint coins forced the then colonial authorities to shift to printing Re 1 notes in 1917.
Let’s revisit the past by remembering its magnificent journey over these 100 years:
The Top 3 One Rupee notes which has been the highest selling in the world till date & currently very much in demand are:
One Rupee Note in 90s era: