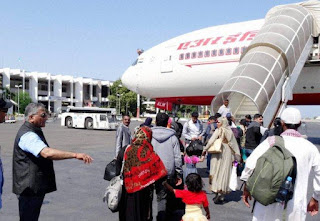 The government has launched ‘Operation Sankat Mochan’ to evacuate the Indians from South Sudan. Two C17 aircraft of Indian Air Force left for Juba with Minister of State for External Affair VK Singh onboard.
The Indian Ambassador in South Sudan Srikumar Menon and his team is organising this operation on the ground. Indian Embassy in Juba in an advisory had communicated that all the stranded Indian citizens should get in touch immediately with the embassy to avail the facility. South Sudan has been hit by violence which has claimed hundreds of lives till now. The conflict is because of clashes between government troops and forces loyal to Vice President Riek Machar.

So let’s do:
1. Name the operation, which has been started to evacuate Indian citizens from South Sudan?