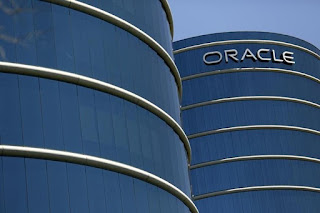 Business software maker Oracle has announced that it has entered into a definitive agreement to acquire NetSuite, the very first cloud company. The transaction is valued at $9.3 billion . The deal would help Oracle gain market share in the fast-growing cloud computing business.
Oracle Database (commonly referred to as Oracle RDBMS or simply as Oracle) is an object-relational database management system produced and marketed by Oracle Corporation. Larry Ellison and his two friends and former co-workers, Bob Miner and Ed Oates, started a consultancy called Software Development Laboratories (SDL) in 1977. SDL developed the original version of the Oracle software. The name Oracle comes from the code-name of a CIA-funded project Ellison had worked on while previously employed by Ampex.wa

So let’s do:
1. Business software maker Oracle has announced that it has entered into a definitive agreement to acquire which firm?