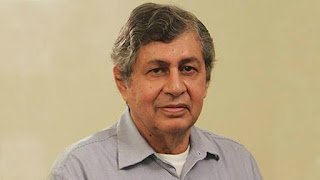 Former Pakistan Test captain Wasim Bari has been appointed as the new manager of the national team for the coming ‘home’ series against the West Indies in the UAE.
68-year-old Bari, who played 81 Tests and 51 ODIs, has also served as chief selector and chief operating officer in the board.  Bari was a wicket-keeper and right-handed batsman. At the end of his 17-year career he was the most capped player in Pakistani Test history.
So let’s discuss some questions related to this post:
1. Name the person, who has been appointed as manager of national cricket team?