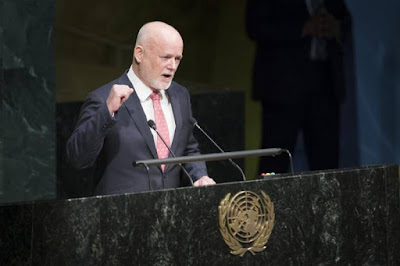 So let’s do:
1. Who is elected as President of 71st session of United Nations General Assembly?