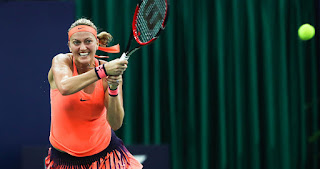 Czech Republic’s Petra Kvitova on 6 November 2016 won the 2016 WTA Elite Singles Trophy. She defeated Ukrainian Elina Svitolina 6-4, 6-2 to grab the title at Zhuhai, China. Venus Williams was the defending champion for the title. However, she chose not to participate despite qualifying for the edition.

So, let’s discuss some questions related to this post:
Q1. Who has won the 2016 WTA Elite Singles Trophy?
Q2. Petra Kvitova is associated with which sport?
Answer1.  Petra Kvitova
Answer2. Tennis