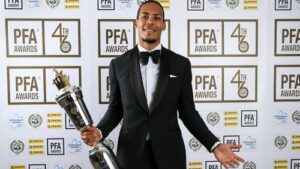 Van Dijk is the first defender to take the award since Chelsea centre-back John Terry in 2004-05. Manchester City’s Raheem Sterling and Georgia Stanway were named as the Young Players of the Year.