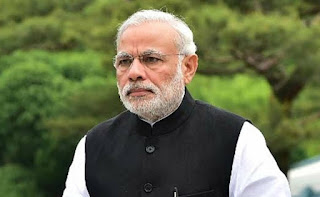 Prime Minister Modi was ranked 9th on the Forbes list of 74 of the World’s Most Powerful People. The list has been topped by Russian President Vladimir Putin for a fourth straight year and had US President-elect Donald Trump in the second place. Barack Obama is at 48th spot.
Source-The Hindu