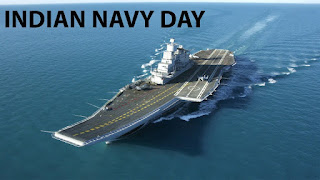 Prime Minister Narendra Modi has extended his greetings to all members of the Indian Navy and their families on the occasion of Navy Day (04th December).
The day is observed on 4th of December every year to celebrate the magnificence, achievements and role of the naval force to the country. During the India-Pakistan war of 1971, the Indian Navy played a significant role in the bombing of the Karachi harbor. The name of the operation was Operation Trident and it was launched on 4 December.