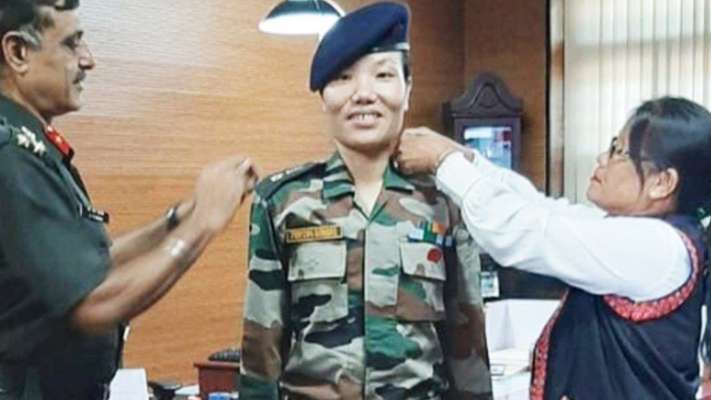 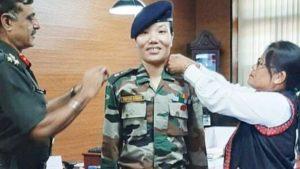 Army officer Ponung Doming became the first woman officer from Arunachal Pradesh to be elevated to the rank of Lieutenant Colonel in the Indian Army. She was commissioned into the Indian Army as a Lieutenant in 2008. She was promoted as a Major in 2013. She is currently posted in Pune, Maharashtra. She had completed her graduation in civil engineering. She served the UN Peacekeeping force in Congo in 2014.