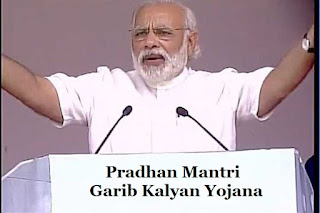 The Lok Sabha has passed the Pradhan Mantri Garib Kalyan yojna (Second Amendment) Bill, 2016 in the Lok Sabha. The Bill was introduced as some of the existing provisions of the Income Tax Act, 1961 can possibly be misused for concealing black money. The new bill attempts to impose a higher rate of tax and penalty in respect of undisclosed incomes.

The Pradhan Mantri Garib Kalyan Yojana (PMGKY) is Union Government’s second income disclosure scheme (IDS) to allow tax evaders to come clean with unaccounted wealth. (PMGKY) notified along with other provisions of Taxation Laws (Second Amendment) Act, 2016 came into effect from 17 December 2016 and it will remain open until 31 March , 2017.

It provides for 50% tax and surcharge on declarations of unaccounted cash deposited in banks.The recently launched Garib Kalyan yojana, is similar to Income tax declaration scheme, however there are few differences. Under this scheme, tax rate will be higher and the declared income.

Rules of this Scheme –

1. Declarant have to deposit 25% of the undisclosed income
2. Declarant has to pay 30%  tax at this income plus a penalty rate of 10% will be there
3. A surcharge at 33% of tax will also be levied and will be named as Pradhan Mantri Garib Kalyan Cess
4. Pradhan Mantri Garib Kalyan Yojana Cess will be a special component under the income tax declaration scheme, where the payer needs to pay 33% surcharge on the tax levied.
×