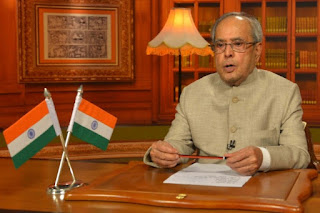 President Pranab Mukherjee has signed the GST Constitution Amendment Bill thereby making it a law. GST Bill has been ratified by the Parliament, as well as 16 states.
Since the passing of the Constitution Amendment bill by the Parliament on 8 August, as many as 16 states – of which Assam was the first – have ratified the Bill. The GST bill met the requisite percentage of 50% for its ratification and government plans to roll out the new indirect tax regime from 1 April, 2017. GST, the biggest tax reform since Independence, will create a uniform market for seamless movement of goods and services with one tax rate. After the Presidential assent, the government will notify the GST Council. The Union Finance Minister Arun Jaitley will head the Council, which will comprise the state Finance Ministers.

So let’s do:
1. The central government had sent the GST Bill to the President after how many states ratified the legislation?
2. The government plans to roll out the new indirect tax regime from which date?