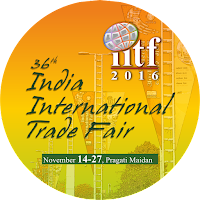 President Pranab Mukherjee has inaugurated the 36th India International Trade Fair at Pragati Maidan, New Delhi which will see the participation of over 150 companies from 27 countries. The 2016 IITF has been organised by the India Trade Promotion Organisation (ITPO), under the sponsorship of the Union Ministry of Commerce and Industry.
So, let’s discuss some questions related to this post:
Q1. In which city, President Pranab Mukherjee has inaugurated the 2016 India International Trade Fair?
Answer: New Delhi
Source – The Hindu