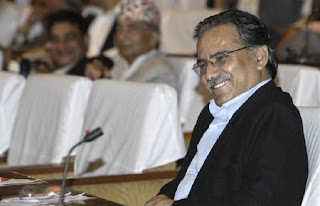 Nepal’s parliament elected former Maoist rebel chief Prachanda as prime minister today after predecessor KP Oli resigned rather than face defeat in a vote of no confidence. The Parliament elected him with 363 in favour and 210 against it. Dahal who will be heading a coalition government comprising Nepali Congress, the largest party in parliament.
Speaker Onsari Gharti who declared the results said a total of 573 members out of total 598 (including the speaker) cast their votes. The Communist Party of Nepal-Unified Marxist Leninist (CPN-UML) led by outgoing Prime Minister K P Oli and Rastriya Prajatantra Party-Nepal voted against the motion.

So let’s do:
1. Name the person, who has been elected as new Prime Minister of Nepal?