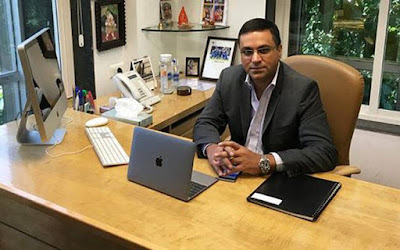 The Indian Cricket Board’s first ever CEO Rahul Johri, who was appointed on the recommendation of the Justice Lodha Committee, he has taken charge of the position in the BCCI Headquarter Mumbai.

Prior to this appointment, he was working with Discovery Networks as Asia Pacific’s Executive Vice-President and General Manager for South Asia for around 15 years. The BCCI has appointed Mr. Johri after rigorously scanning candidates through a professional head-hunting agency.
In 2005, when Mr. Sharad Pawar has taken over the charge of BCCI chief for the first time, he has recommended the appointment of a CEO. But at that time, BCCI rulebook handed all the powers of a chief executive to the secretary. So the proposal wasn’t approved and Ratnakar Shetty was appointed as the chief administrative officer.
So let’s do:
1. Name the person, who has appointed as the CEO of BCCI ?
2. Expand the term BCCI and where is the headquarter of BCCI ?
3. Name the committee, who has recommended the creation of CEO post in BCCI ?