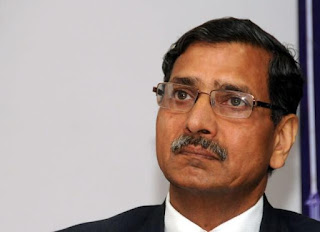 The current Chairman of the Railway Board, AK Mital, has got an extension to continue for  2 more years. Mital was supposed to superannuate on July 31, and today would have been his last working day. Also, the Railway Board’s Advisor, Finance, P.V. Vaidialingam, has been given additional charge as Managing Director, Indian Railway Finanace Corporation Ltd. (IRFC).
Born on 7th July 1956, Shri Mital is a Bachelor of Engineering (Hons.). An Officer of 1976 batch of Indian Railways Service of Stores (IRSS), Shri A.K. Mital has worked on various important posts on Indian Railways. He was Director/Stores, Executive Director/Vigilance and Executive Director/Stores in Railway Board, Ministry of Railways. He has worked as Chief Material Manager in Northern Railway.

So let’s do:
1. Name the person, who has appointed as Chairman Railway Board?