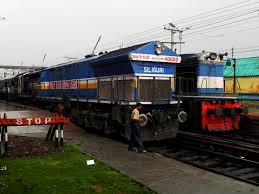 Ministry of railways has signed an agreement with Govt. of Odisha for the formation of joint venture Company for the development of railway infrastructure in the state. A K Mittal, member engineering, Railway board presided over the signing function. The agreement was signed by V. P Dudeja, ED/Works on behalf of Ministry of Railways and Sanjay Rastogi, Pr. Secretary/ Transport, Govt. of Odisha.


The company shall identify projects to be developed and find avenues for the financing of the same. Ministry of Railways and Govt. of Odisha shall be essentially funding part of such identified projects. Project specific SPVs shall be formed after the financial closure of the project.

So let’s do:
1. Name the state, which has signed an agreement with railway ministry for the development of railway infrastructure?