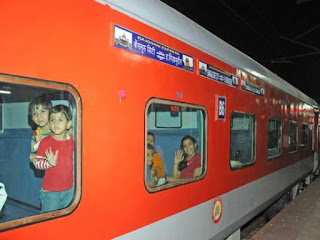 The Railways has earned an additional revenue of Rs 540 crore in less than a year through the flexi fare scheme and there is no plan to discontinue it.
The scheme, launched on 09th September 2016, is applicable in Rajdhani, Shatabdi and Duronto trains, allowing 10 per cent of the seats to be sold at the normal fare and thereafter increasing it by 10 per cent with every 10 per cent of berths sold with a ceiling of 50 per cent.

Important Takeaways from above News-
Source- The Times of India