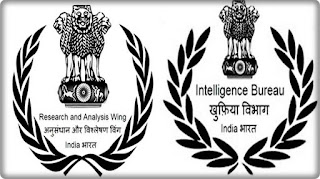 Jharkhand cadre IPS officer Rajiv Jain was appointed as the new chief of Intelligence Bureau (IB) while Anil Dhasmana will head external intelligence agency Research and Analysis Wing (RAW). Both the officers will have a tenure of two years.
Jain, who is at present serving as the Special Director in the IB, will take over on January 1, 2017 after the incumbent Dineshwar Sharma completes his two-year tenure on December 31, 2016. In another appointment, Anil Dhasmana will take over the reins of the Research and Analysis Wing, an organisation which looks after the external intelligence of the country. He succeeds Rajinder Khanna who completes his tenure this year end.
Source- The Hindu
×