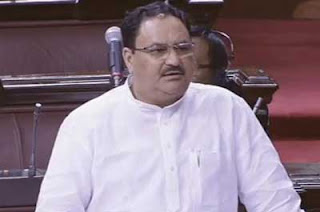 The Rajya Sabha has passed a bill seeking to provide better healthcare for people suffering from mental illness as members across the political spectrum sought urgent steps to address the lack of infrastructure and shortage of psychiatrists in the country. The bill will replace the Mental Health Act, 1987.
The Mental Health Care Bill 2013, which provides for protection and promotion of rights of persons with mental illness during the delivery of health care in institutions and in the community, was passed unanimously by a voice vote. There were 134 official amendments to the bill, which took almost an hour to be passed clause by clause.

So let’s do:
1. Name the bill, which has passed in Rajya Sabha seeking to provide better healthcare for people suffering from mental illness?