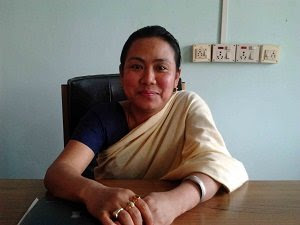 Ranu Langthasa was unanimously appointed as the chairperson of the North Cachar Hills Autonomous Council (NCHAC) in Assam. With this, she also became the first women chairperson to be appointed to the post since the formation of Autonomous Council in 1950s.
The North Cachar Hills Autonomous Council can be described as a state in miniature having all the paraphernalia of a Government like Legislative, Executive and Judiciary. On the 29 April 1952, the Dima Hasao District Council came into being as an autonomous body under the provision of the Sixth Schedule of the Constitution of India. It has full autonomy to legislate and administer the subjects like land, revenue, primary education, customary laws etc. assigned to it under Sixth Schedule of the Constitution of India.

So let’s do:
1. Who is appointed as first woman chairperson of NCHAC in Assam?