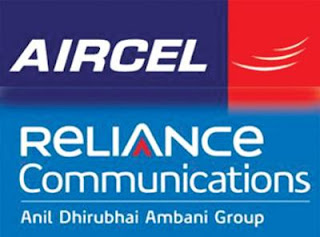 Reliance Communications (RCom) board has approved the company’s merger with Aircel, in one of the biggest deals in the telecom space in recent times. It also comes at a time when Mukesh Ambani’s Reliance Jio has made an aggressive entry into the telecom industry, sending jitters among incumbents.
RCom and Maxis Communications Berhad (MCB) will each hold a 50% stake in the merged entity, with equal representation on the board of directors and all committees. The company will be managed by an independent professional team under the supervision of the Board.

So let’s discuss some questions related to this post:
1. Name the company, which has approved the company’s merger with Aircel?
Source – The Hindu