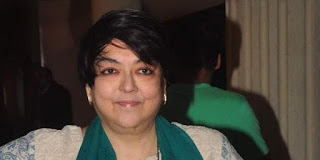 Renowned filmmaker Kalpana Lajmi passed away in Mumbai. She was 64.  Lajmi, a director, producer and screenwriter, was known for working on real subjects. She was known for her women-oriented films like “Rudaali”, “Daman”, “Darmiyaan”.

Lajmi’s last movie as a director was “Chingaari” in 2006, based on a novel “The Prostitute and the Postman” by Bhupen Hazarika, who was her partner. Meanwhile, condolence messages are pouring in from the Bollywood world grieving the demise of Lajmi.