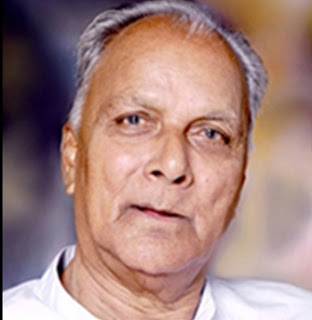 R C Dhere, a recipient of the Sahitya Academy Award in 1987 for his book ‘Sri Vitthal- A Mahasamanvayak (Lord Vitthal- A great coordinator)’, carved a niche for himself by tracing the roots of Maharashtra’s folk traditions and literature with an extensive research that highlighted the influence of saints on Maharashtrian ethos.

Dr. R C Dhere Born on 21 July 1930 at Nigade village near Pune. He had completed his graduation in 1966. He got his Ph.D. in 1975 and was honored with D.Lit. in 1980 by Pune University. Since 1955 he has been writing on various subjects including saint literature, Folk deities and gods, Bhakti cult, Holy places, Folk literature, Folk culture and Folk art in India.

So let’s do:
1. Name the Renowned Marathi literary scholar. Who has passed away, recently?