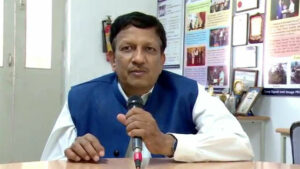 Former Director of Indian Space Research Organisation Satellite Centre (ISAC), SK Shivakumar died at the age of 66 in Bengaluru. He hailed from Mysuru, Karnataka. He was part of the team which had developed telemetry system for India’s first moon mission Chandrayan – I.

He contributed to several missions like Bhaskara, INSAT, IRS-1B, and IRS-1C. He was Padma Shree awardee and also honored with Karnataka Rajyotsava award (2008).