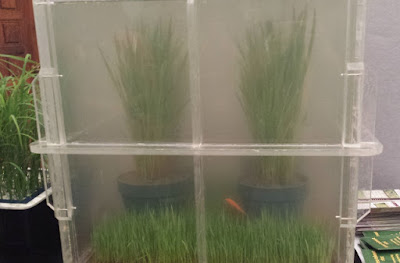 Researchers at Assam Agricultural University have developed two rice varieties, namely Ranjit Sub-1 and Bahadur Sub-1. These rice varieties were developed to get better yields under submerged conditions in state mainly Barak Valley. Most parts of the state including Barak valley is prone to periodical flash floods particularly during the monsoon season.

These are ideally suited for such submerged areas in the khariff season. These new rice variants are improved forms of the Ranjit and Bahadur varieties which the farmers of the state have been using for years. An additional gene has been incorporated in the new variants which ensure productivity even if the crops remain submerged during flash floods.

So let’s do:
1. Name the Rice Variants, which have been developed by the Researchers recently?