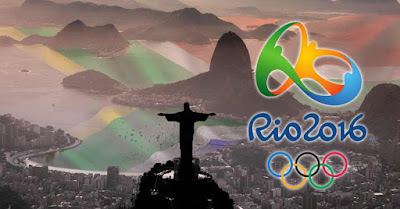 President of the International Olympic Committee (IOC), Thomas Bach declared the official closing of the Rio 2016 Olympics saying ‘the marvellous Games in the marvellous city ends’ and next Olympics is to be hosted by Tokyo, Japan. For India, the first female wrestling medalist, Sakshi Malik carried the Flag into the stadium, USA ended on top position and India at 67 positions in the medal tally.
Opening ceremony flag-bearer – Abhinav Bindra.
Closing ceremony flag-bearer – Sakshi malik

2. An 18-year-old golfer Aditi Ashok slipped away from being in top-10 at the end of second round to finish 41st with an overall score of seven-over 291.
3. wrestler Narsingh Yadav was slapped with a four-year ban by the Court of Arbitration of Sports which overturned the clean chit given by the NADA.
4.  India’s Seema Punia failed to qualify for the final in the women’s discus throw on Day of the Rio.

5. Deepika Kumari failed to live up to the hype and made some costly blunders as the much-fancied women’s team made a quarterfinal exit losing to Russia in a shoot-off.
6. Gagan Narang, who competed in three events of 50m rifle 3P, 50m rifle prone and 10m air rifle, but the London Olympics bronze medallist failed to make an impression in any of them. The likes of Heena Sidhu, Ayonika Paul, and Apurvi Chandela also failed to live up to the hype losing in the elimination stage.
7. Yogeshwar Dutt lost to Ganzorig Mandakhnaran of Mongolia in the men’s 65kg freestyle wrestling and lost 0-3 in the qualification round.

12. Vinesh Phogat lost to China’s Sun Yanan in wrestling women’s freestyle 48 kg quarterfinal.
13.Indian’s Badminton player, Kidambi Srikanth lost to Lin Dan of China 2-1 in the quarter-finals of the men’s singles event
14. India also had participation in swimming, judo, rowing, table tennis and weightlifting where their performance was buried by the top competition.