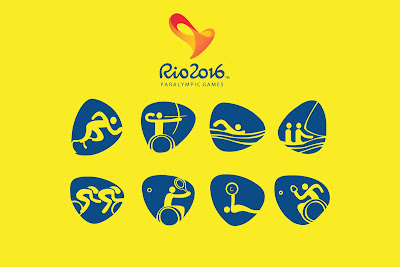 Rio Paralympics 2016
The 15th Rio 2016 Paralympic Games 2016 (7-18 September) is over now and this time we have witnessed some of the world record-breaking performances by the athletes. The 2020 Summer Paralympics, the 16th edition of the international multi-sports event, will be held in Tokyo, Japan, from 25 August to 6 September 2020. The Paralympic Games are an attempt to provide an equal platform for athletes with disabilities to showcase their skills at a stage that lets them represent their countries.
India’s flagbearer in Paralympic Opening ceremony – Devendra Jhajharia
India’s flagbearer in Paralympic closing ceremony   – Mariyappan Thangavelu
India capped off a successful Paralympic Games campaign in Rio de Janeiro by procuring their best ever haul of four medals, including two golds and a silver and bronze medal apiece. The Nineteen Indian competitors (16 Men & 3 Women) participated in Rio 2016 paralympic games for India in Five sports.
MEDAL TABLE PARALYMPIC GAMES:

Ankur Dharma:
Ankur Dhama is the India’s first blind athlete in 30 years to participate at Paralympics this year in Rio De Janeiro, Brazil. At the age of six, Ankur became completely blind when he was in Baghpat in Uttar Pradesh.
Mariyappan Thangavelu Strikes Gold, Varun Bhati Gets Bronze In Paralympics
Indian high jumper Mariyappan Thangavelu became only the third Indian ever to clinch a Paralympic gold, while Varun Bhati secured a bronze as the duo scripted history for the country in the men’s T42 high jump event of the Rio Games.
Archer Pooja Khanna finishes ranking round in 29th place
Indian archer Pooja Khanna has finished the ranking round at the 29th spot in the Women’s Individual Recurve event of the Rio, weightlifter Le Van Cong’s final attempt in the men’s 49kg paralympic weightlifting competition made history for Vietnam as he has secured the country’s 1st ever paralympic gold medal at the 2016 Rio Paralympics in Brazil.

Deepa Malik becomes 1st Indian woman Paralympic medallist
A historic silver medal ensured Deepa Malik scripted history; she won second place in the women’s shotput F53 event at the Rio Paralympics, with a personal best throw of 4.61m.
Devendra Jhajharia wins gold medal in javelin throw at 2016 Rio Paralympics
India’s Devendra Jhajharia bettered his own world record to win gold in the men’s javelin throw F46 event at the 2016 Rio Paralympics.
New Zealand sprinter Liam Malone broke the men’s 200-metre T44 Paralympic Games record held by South Africa’s Oscar Pistorius.
An Iranian Para-cyclist has died after a crash during the men’s C4-5 road race at the Rio Paralympics.
The Iranian flag has been lowered to half-mast in the Paralympic Village and a period of silence will be observed during Sunday’s closing ceremony.