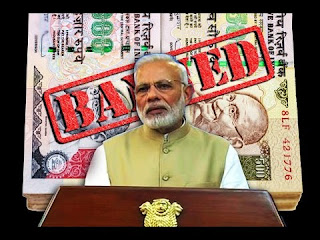 Prime Minister Narendra Modi talked about fighting corruption and black money during his address to the nation. In a major step to check black money, the prime minister announced demonetization of Rs 500 and 1000 currency notes from 8th November midnight. The RBI has issued new series of notes for 500 rupees and 2000 rupees denomination with improved features and newer sizes.
So, let’s discuss some questions related to this post:
Q1. Which denomination notes have been discontinued from the midnight of 8th November?
Answer: Rs 500 and Rs 1000 notes
Source – The Hindu