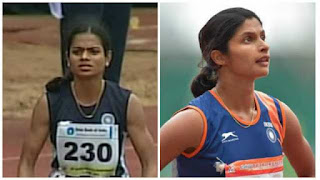 Chief Minister Naveen Patnaik has announced Rs 60 lakh cash special incentive for six sportswomen of the state, who have qualified for the Rio Olympics beginning from August 5.
The six sportspersons—sprinters Dutee Chand and Srabani Nanda and four hockey players Deep Grace Ekka, Namita Toppo, Lilima Minz and Sunita Lakra—would receive Rs 10 lakh each. While directing the Odisha Mining Corporation (OMC) to pay the special incentive to these six sportsmen, the chief minister said the incentive would be of immense help for them to prepare for the mega event.

So let’s do:
1. Name the state, which has announced Rs 60 lakh cash special incentive for six sportswomen of the state?