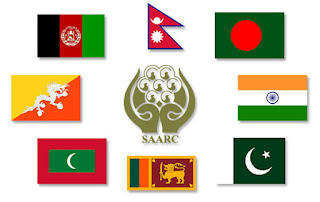 Pakistan has officially postponed the 8-nation SAARC summit 2016 , after 5 countries– India, Afghanistan, Bangladesh, Bhutan and Sri Lanka dropped out of it. The SAARC Summit was scheduled on November 9 and 10 in Islamabad, Pakistan.
The boycott of the summit had been initiated by PM Narendra Modi, who pulled out citing strained diplomatic relations with Pakistan. Notably, the summit is consensus-based and is automatically cancelled even if one member decides not to attend.

1. What is the full form of SAARC?
2. How many members should boycott  The SAARC summit to get it cancelled/postponed?
3. Name the countries, which have boycotted the SAARC summit 2016?
4.  How many countries are there in SAARC?