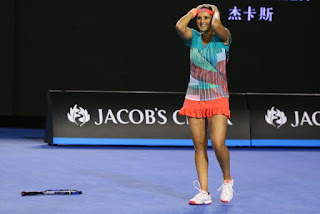 Ace Indian tennis star Sania Mirza will end the season as world’s top doubles Tennis player for the second straight year. Sania finished this season with seven Women’s Tennis Association, WTA titles, a Grand Slam and a semi-final finish in the year ending WTA Finals in Singapore.
The ace Indian tennis star was close to being uprooted by Bethanie Mattek-Sands from the top spot, had the American won the WTA Finals Doubles title. However, Bethanie lost in the final and ensured that Sania will end the year at the top once again.
Source- Business Standard
×