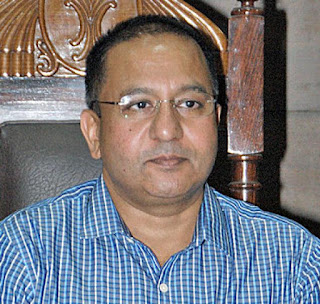 Sanjay Gupta has been appointed as Chairman and Managing Director (CMD) of Konkan Railway Corporation Ltd (KRCL). Prior to his elevation, he was working as Director (Operating and Commercial) of KRCL. Mr. Gupta has worked on several prestigious and coveted posts as well as on various assignments over the Railways and has more than 30 years of experience as a Mechanical Officer of Indian Railways.
Konkan Railway Corporation (KRC) is a subsidiary of the Indian Railways (IR). It operates the Konkan Railways, a subsidiary zone of the Indian Railways. It is headquartered at CBD Belapur in Navi Mumbai. The company started its full operations of trains on 26 January 1998. The first passenger train which ran on Konkan railway tracks on 20 March 1993 between Udupi and Mangalore.

So let’s do:
1. Name the person, who has been appointed as Chairman and Managing Director (CMD) of Konkan Railway Corporation Ltd (KRCL)?