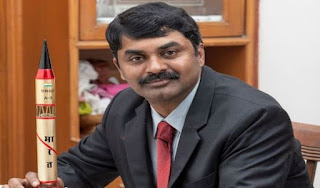 G. Satheesh Reddy, Scientific Adviser to the Defence Minister and DRDO’s DG (Missiles & Strategic Systems), was conferred the first IEI-IEEE Award for engineering excellence 2015. The award is in recognition of his ‘significant national contributions towards missiles and aerospace technologies’.
The award was presented by the Institution of Engineers (India) and the Institute of Electrical and Electronics Engineers, Asia-Pacific region, during the latter’s 50th anniversary. Dr. Reddy is a renowned aerospace and navigation scientist. As director of DRDO’s Research Centre Imarat, he led the indigenous development of denied sensor and avionics technologies related to Indian missile navigation and other programmes.

So let’s do:
1. Name the person, who has conferred the first IEI-IEEE Award for engineering excellence 2015?