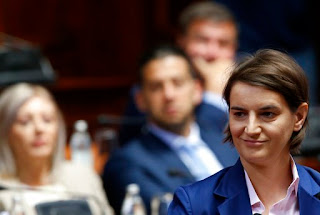 The Serbian parliament voted in Ana Brnabic, an openly gay woman,  as the country’s prime minister in a landmark move for the patriarchal conservative country and the entire Balkans region. The 41-year old Brnabic and her cabinet were backed by 157 MPs in the 250-seat parliament after being proposed by President Aleksandar Vucic.
Brnabic becomes Serbia’s first female prime minister and the first openly gay premier in the Balkans, where homophobia remains widespread. Serbia is home to about seven million people, most of them Orthodox Christians.
Important Takeaways from above News-
Source- The New Indian Express