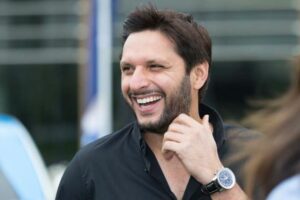 Pakistan’s former captain and star all-rounder Shahid Afridi released his autobiography, titled ‘Game Changer’. The book is co-authored by Afridi and journalist Wajahat S Khan. Afridi stated that he was born in 1975 and not 1980 as stated in the official records.

The revelation from Afridi means he must be at least 20 when he hit the record-breaking 37-ball century which he hit against Sri Lanka in 1996 and not 16 as stated in the official records. He played 27 Tests, 398 ODIs and 99 T20Is and retired from international cricket in 2017.