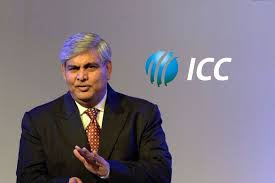 Former BCCI President Shashank Manohar will serve a second two-year term as the independent chairman of the International Cricket Council after he was elected unopposed by the governing body’s Board.
Mr. Manohar became the first independent ICC Chairman in 2016. According to the election process, ICC Directors were each allowed to nominate one candidate, who had to be either a present or a past ICC Director.