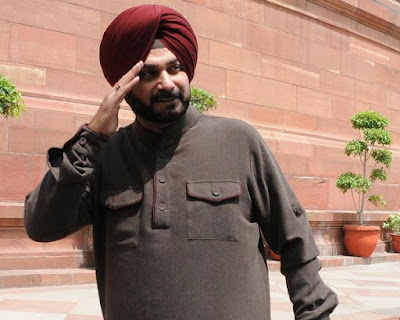 Navjot Singh Sidhu, former Indian cricketer and Member of Parliament has resigned from his Rajya Sabha seat on the first day of the Monsoon Session. Sidhu’s resignation was accepted with immediate effect by Rajya Sabha Chairman Hamid Ansari.
The cricketer-turned-politician has got more than his fair share of rewards from the BJP. His wife Navjot Kaur Sidhu, a member of the Punjab Legislative Assembly, is Chief Parliamentary Secretary in the Shiromani Akali Dal (SAD)-BJP government. Sidhu himself was nominated to the Rajya Sabha earlier this year.

So let’s do:
1. Name the former cricketer, who has resigned as Rajya Sabha MP?